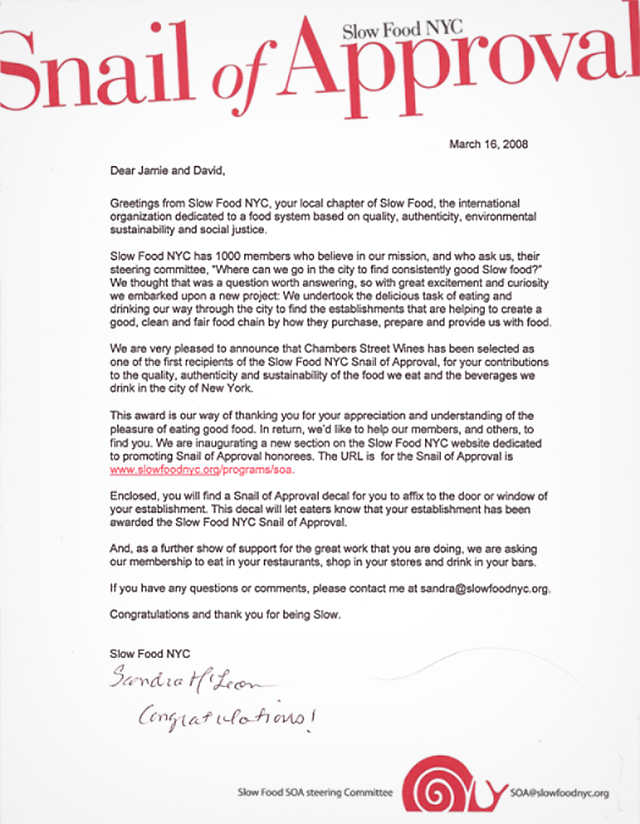 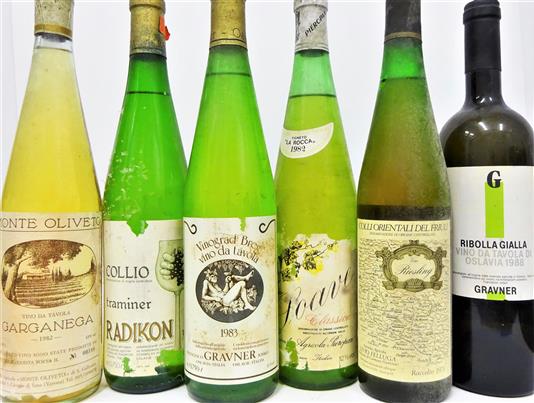 
Thanks to the generosity of Italian friends (the Veronelli family in particular) I've discovered that old Italian white wine can be thrilling - and as complex and fascinating as any other older white wine I've tasted. This has come as a happy surprise: while there's no doubt that Italy is now producing some of the most compelling (and reasonably priced) white wine in the world, this was not always the reputation of the wines in years past. When I was first presented with old bottles of Soave, Vernaccia, Pigato, Friulano, etc, I thought I was being a good sport to taste them. Man, was I wrong!

To say these wines are rare is an understatement; even the producers would be hard pressed to find comparable bottles. The Gravner wines pre-date his use of amphora and long skin-contact for white wine - changes that shocked the wine world for the unconventional character of the wines, and because  they were already very highly regarded; Gravner had always set a high standard for quality that elevated the reputation of Friuli and for Italian white in general. Thanks (again) to the Veronelli’s, I’ve tasted a couple from the early 1980s, and they were spectacular. I’ve been looking for them since then, but I’ve never found another bottle offered anywhere.

Luigi Vernonelli was known as an unpretentious connoisseur, not just concerned with famous labels, but only interested in wines of quality. The result is this amazing offer – worth the effort just for the La Biancara wines, Montenidoli, Borgo del Tiglio… it’s a long list!  Jamie Wolff

Bruno Giacosa: “Gino (as he was known to friends) was all heart, he was the first person to teach us that a great wine was born in the vineyards. He was the first to point out the absolute necessity of carefully selecting grapes in the vineyards, the importance of terroir, of realizing the potential of one vineyard or cru over another. He believed Italian wine could be brought to exceptional levels if we worked closely with the earth. Back in the 60s and 70s, no one thought like this. He truly was a pioneer.” (as quoted by Kerin O’Keefe in Decanter, Nov. 2004).

In order to briefly describe Luigi Veronelli (1926-2004), I’ve been trying to identify some American equivalents, but no single person arises. For one thing Veronelli wasn’t just an oenophile, a gourmand, and a highly skilled writer and editor, he was a lifelong political activist, even to the extent of serving some jail time for supporting a group of Piemontese growers protesting regulations that favored industrial production.  A little bit James Beard, a little bit Robert Parker (although it’s hard to imagine the creator of the “Hedonist’s Gazette” behind bars for anything more grave than pairing sushi and Chateauneuf), but a uniquely Italian character. Veronelli’s stature and continuing influence on the best aspects of food and wine in Italy cannot be overstated.

Veronelli had an enormous wine cellar at his home in Bergamo. Since his death in 2004 some of the wine has been sold at auction, a little to Italian wine merchants, and last year a batch to Astor Wines. Much more wine remains than has been sold. Now we’ve made a fascinating selection, with thanks to Veronelli’s family (who are keeping at least one bottle of each wine in the cellar). For the most part these are not obviously prestigious wines, not our usual diet of Barolo and Brunello. But ask an Italian wine geek to have a look at the list… Pino Ratto! GB Cane! Radikon! La Biancara, Fiorano, d’Angelo, Maga, Voyat, Rivera, Puddu! These are actually very rare – much rarer than Monfortino; they are the best of their type, providing great drinking, and historically very important wines.

The cellar was very hard on labels – too humid for paper (fine for corks). We sometimes clean old bottles to remove years of dust and dirt so that they are more conventional in appearance, but this time we’ve decided that you would enjoy sharing the kick we get out of having the wines as-is, direct from the cellar; it’s part of the pleasure of the history of these bottles.

Over the last couple of years I’ve had a chance to taste many bottles from Veronelli’s cellar, including many old - even ancient - white wines. They have been uniformly excellent, some spectacular, and all a fascinating piece of the history of Italian wine, a direct reminder and link to one of Italy’s wine heroes. Jamie Wolff


Sorry, the Following have Already Sold